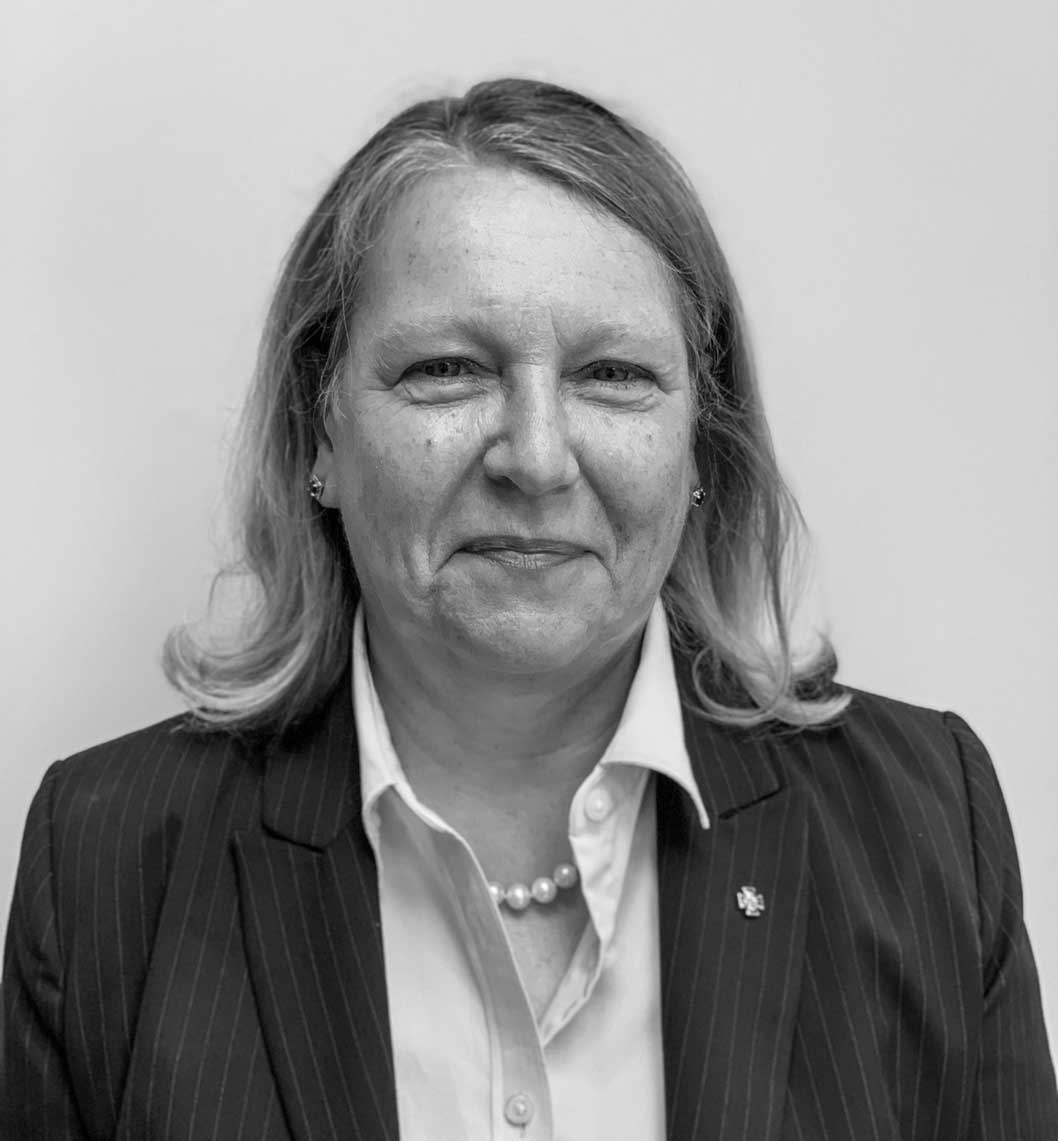 Barbara Fleury is a bilingual senior public safety professional who has specialized in policing, national and international security and professional development. Barbara has served in many senior leadership roles with the Royal Canadian Mounted Police (RCMP), including organizational oversight positions, and has been recognized at the highest levels of government for her dedication to Canada’s safety and security. She is a recipient of the RCMP’s Long Service Medal, as well as the Queen’s Golden and Diamond Jubilee medals. Barbara was also appointed as an Officer of the Order of Merit of the Police Forces by the Governor General of Canada.

Before joining Samuel Associates as Senior Security Associate, Barbara spent 37 years with the RCMP. Throughout her career, she held various management positions and responsibilities, including investigating and supervising files involving major crimes, drug trafficking, and corruption.

In 2005, Barbara was promoted to RCMP Superintendent and became the Officer in Charge of Protective Services in Montreal. After that, she transferred to Québec City and assumed the appointment of Eastern District Officer. Barbara directed seven detachments as well as several accompanying federal program resources.

Her experiences led her to join the international law enforcement community, first as the Director General of International Policing for the RCMP and later as its Senior Police Advisor to Canada’s Permanent Mission to the United Nations in New York City. During her seven years working international files, she also served on the Board of Directors of the International Association of Chiefs of Police (IACP) and as the organization’s International Vice President from 2014 to 2015.

Barbara retired at the rank of RCMP Assistant Commissioner and held the position of Executive Director of the Canadian Police College and its Centre for Excellence in Police Leadership in Ottawa. While leading the College and Centre of Excellence, Barbara focused on professional development and police training. In parallel, she was the founding Co-Chair of the Canadian Association of Chiefs of Police International Committee and served on the Board of Directors for the Canadian Police Knowledge Network and was the Vice-President for the Americas for the Francophone International Police Training Network (FRANCOPOL).

Barbara holds a Bachelor’s and a Master’s Degree in Criminology from Simon Fraser University. She is also a graduate of the Executive Development in Policing Program offered at the Canadian Police College and has completed the United Nations Senior Mission Leaders Course.

Barbara continues to be actively involved in the policing and public safety communities in Canada and abroad. She is currently on the Executive Board of the IACP’s International Managers of Police Academy and College Training, where she provides advice and guidance to the association and other policing organizations.