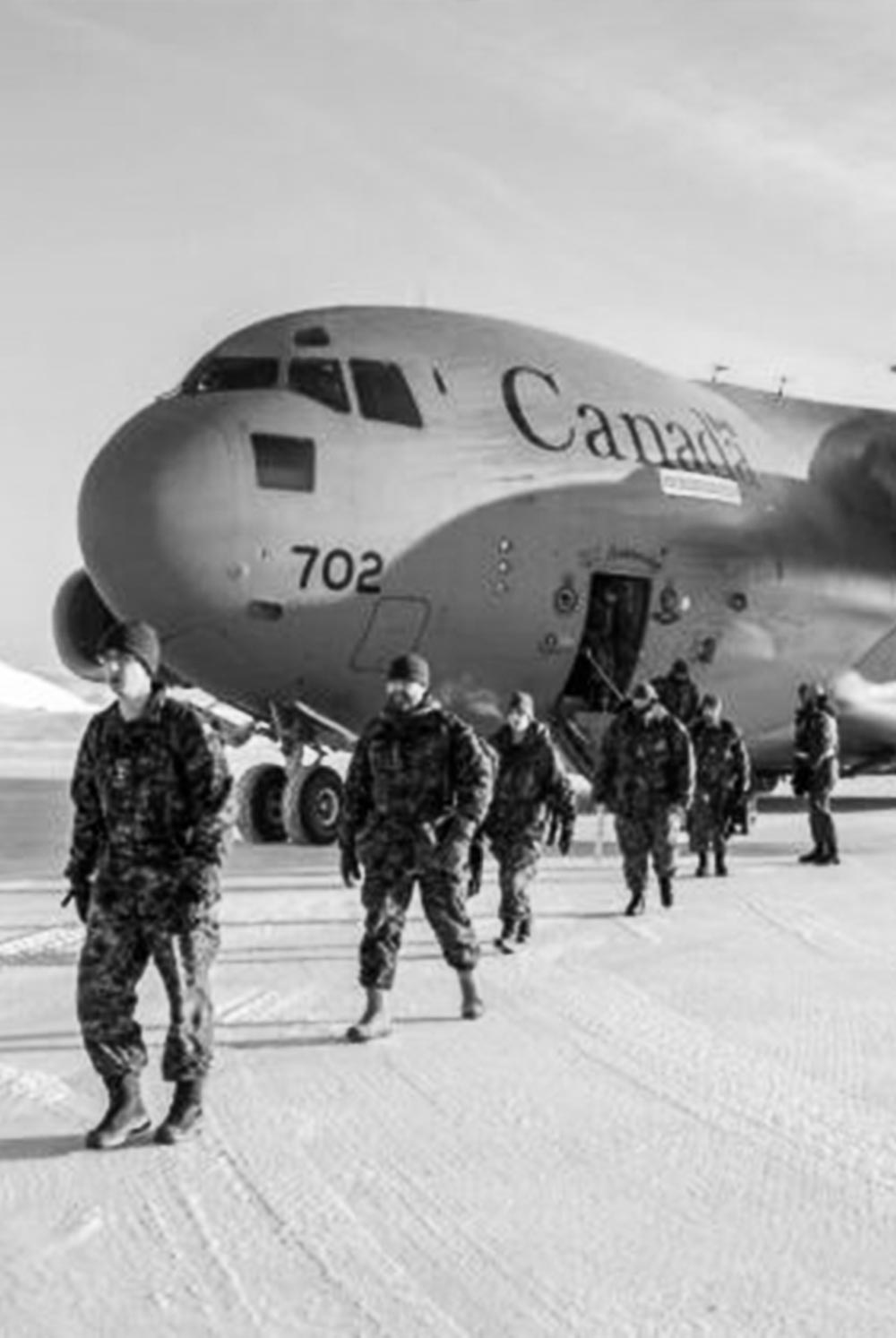 The Future of Military Installations

Examining some of the factors that will influence the future of military installations in Canada and their impact on the capabilities of the Canadian Armed Forces (CAF). The arrival of a new Chief of the Defence Staff and the pandemic’s budgetary implications, coupled with increasing national security and defence concerns, may only offer the Canadian government difficult choices when dealing with the future need for military installations.

One of the most critical CAF priorities during the current pandemic will be to protect its members’ health and safety. Due to the pandemic, the pressures and demands on the CAF have been augmented. However, the threat caused by State and Non-State Actors has not diminished. Given the CAF’s primary mandate of defending Canada and protecting Canadians, sight must not be lost on China, Russia, North Korea and Iran’s increasing assertiveness and often aggressive behaviour. Such context is an essential factor when considering the positioning and basing of CAF elements domestically.

International organizations such as NATO face numerous challenges, including the increasing pressure to reduce their overhead costs from collective funding. Meanwhile, the Trump Administration’s continued pressure on NATO member-states to bring their military spending to two per cent of their respective GDP will remain an indisputable legacy of the current, and to the same degree of previous, U.S. Administrations. Simultaneously, NATO member-states are finding it hard to agree on values that were initially taken for granted. At the same time, Canada’s relationship with the U.S. is one that fundamentally dictates our approach to defence spending and strategic capability procurements, especially as we continue to collaborate in NORAD and manage our Continental defence priorities.

There is greater interest from many actors towards the Arctic, which will force Canada to have an increased presence in this new strategic area. Internally, factors that influence CAF basing include cyber-threat force protection, energy production, Indigenous Peoples engagement, and natural resource development pressures, including freshwater. The issue of climate change has increasingly captured the attention of Canadians. Climate change will significantly impact the North, including rendering the Northwest Passage sailable year-round. Canada has declared this area internal waters, but some nations do not agree, including the U.S., Russia and others. Reduction in the polar ice caps, especially in the Arctic region, will need a more significant Canadian presence and an ability to assert our sovereignty

THE IMPACT ON CANADIAN MILITARY INSTALLATIONS

While military budgets have grown in the last few years, expenses linked to the pandemic will put tremendous pressure on all federal department budgets. Deficit spending is inevitable in the short-term to stimulate the broader Canadian economy, increasing scrutiny on defence spending. Although increased defence spending is identified in Strong, Secure, Engaged, planned CAF growth is difficult to predict, given the pandemic’s unknown duration. Heightened security concerns, however, should justify protecting the current operation and infrastructure levels.

The effects of climate change on the Arctic confirm the requirement for an increased military presence in the North. Ongoing initiatives in Resolute Bay and Nanisivik will need to grow and be networked to even more locations in the Northwest Territories and Nunavut to support increased activities. The movement North, which started 10 years ago, remains a critical security requirement for Canada and will require investments in telecommunications, Low Earth Orbit satellites and other transportation and logistics capabilities to support and supply Canadian military installations.

The federal government needs to mobilize its departments and agencies in a new way to work together, synchronize national policies and priorities, and include industry to address increased activity in the North due to strategic competition over resources and access to new sea shipping routes.

The transition of the RCN to new fleets supports the dual-basing system in the Pacific and Atlantic regions. The RCN’s challenge will be to meet the increased demand for its services in the North and Arctic regions. The Nanisivik Naval Facility project, for example, first announced in 2007, will provide a docking and refuelling facility for the RCN and the Canadian Coast Guard.

The current scope of the project is to support operations during the four-month summer season. With the projected increases in naval activity along the Northwest Passage by Allies and other strategic competitors like Russia and China, Nanisivik will most likely need to meet its original intent: a permanently staffed naval station and home port to a Canadian Arctic fleet.

Army bases will remain concentrated to support the four significant formations; the three brigade-groups and Combat Training Centre. Army training areas will need to continue to support large-scale manoeuvres but will also require the ability to train for hybrid conflicts. Greater Arctic basing of Army elements will have to be considered. Force protection of bases and depots will mean more significant resource requirements. As a widely dispersed component within the country, the Primary and Secondary Reserve Forces and the Canadian Rangers can provide presence and quick reaction to local, regional and national emergencies, requiring increased and ongoing resource commitments.

There will also be a greater need for federal-provincial cooperation in the context of Continental domestic defence. This may lead to a new agreement between the CAF and Canadian provinces to strengthen or create collaborative protocols, as recently demonstrated by Operation Laser in response to Covid-19. The changing military theatre will shape the Army’s requirements for permanent installations supporting advanced technologies and forward projecting capabilities

If the current RCAF operations level is maintained, the requirement for most bases in southern Canada should remain stable. Gander, Comox, Greenwood, Trenton, Moose Jaw, Portage, Cold Lake and Bagotville should not expect any significant change in the next decade. However, the need to continually modernize base infrastructure must be a standing priority for the federal government.

The last few decades’ trends to move away from larger cities for noise abatement and better use of ideally located federal land may affect Winnipeg and Shearwater. Resolute Bay was identified in 2011 by the RCAF as the ideal location to build infrastructure to support increased flying activities in the North. As the Army and RCN increase activities and the requirement grows to support, patrol, rescue and police the Arctic from the air, robust year-round RCAF facilities will be needed in Resolute Bay.

There is no military need or requirement to maintain costly legacy facilities and infrastructure of current RCAF units in Goose Bay or North Bay. Military units in these locations have been kept in place to protect local economies and interests, especially in Goose Bay. The occasional RCAF requirement to use the Goose Bay airfield could easily be met using deployed facilities similar to what currently exists in Nunavut and Iqaluit.

The current pandemic has delivered both challenges and opportunities to the CAF. Without a doubt, the pressure on short-term military spending should be the top priority for the new Chief of Defence Staff. The case for continued long-term investment in defence needs to be linked to the federal government’s intent to bolster the Canadian economy.

Increasing security concerns generated through geopolitical factors and climate change will require significant defence expenditures on infrastructure and defence capabilities. Canada needs to be prepared to assert its sovereignty over its Arctic region and the Northwest Passage. Strengthening military installations in the North and Arctic regions needs a whole-of-government approach to leverage infrastructure investments and interdepartmental priorities, plans and budgets.

The Department of National Defence’s Strong, Secure, Engaged policy may require enhancements (version 2.0) to reflect evolving threats, innovations in advanced technologies and hybrid military activities of strategic competitors in the North over resources and sea shipping lanes. For these reasons, both DND and CAF need to accelerate their timetable in support of modernizing Canada's military installations

This piece was originally published in Helicopters Magazine's October 2020 issue and is republished here with permission from the publisher.

About the Honourary Fellows
No items found.

‍Contact us to learn more.